The beautiful scenes of the Graven Chapel

Five years ago, we decided to offer innovative solutions in the world of global engineering. Our very diverse clients all have challenges where we are always looking for a unique and tailor-made solution. The many services and their specializations make us a versatile and ambitious company with 5 locations: Kortrijk, Sint-Niklaas, Westerlo, Genk and Antwerp.

When the "Royal History and Ancient Group of Kortrijk" together with the city of Kortrijk contacted us to look into the possibilities to make swallows in the Gravenkapel "more accessible", they did not know what to expect. Their goal? Making spandrels, that are at a height of 4 meters, more visible to a wide audience. The beautiful details are difficult to see from the ground floor. Especially for visually impaired and blind people, the swallows were completely out of range. They could only form an idea on the basis of the descriptions that others gave them.

What could we do to bring these beautiful, historical works closer to the public?
We have a blue light laser ScanArm. The technique of "blue light scanning" is ideal for mapping a product or object, where no drawings or 3D models exist. This high definition scanner is perfectly usable for difficult, or in this case, non-transportable objects. By scanning the swallows, we obtained a point cloud that served as the basis for reverse engineering into a 3D CAD model. A 2D production drawing can then be derived from the generated CAD model. In this way existing objects can be digitized to secure knowledge, start production, start optimisations or carry out dimensional inspections. The measurements you obtain are very reliable and accurate.

For this project, the various presentation options were examined and it was finally decided to 3D print in sand. This 3D print will be placed in the Gravenkapel at eye level so that the details are visible from a short distance. Visually impaired and blind people will also have the opportunity to discover the image in their own way. 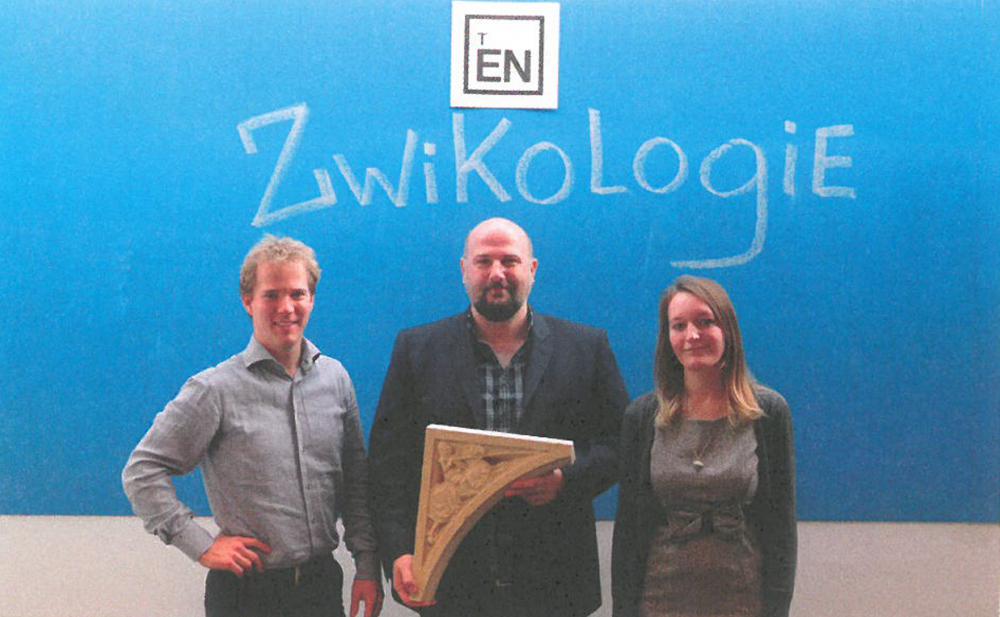 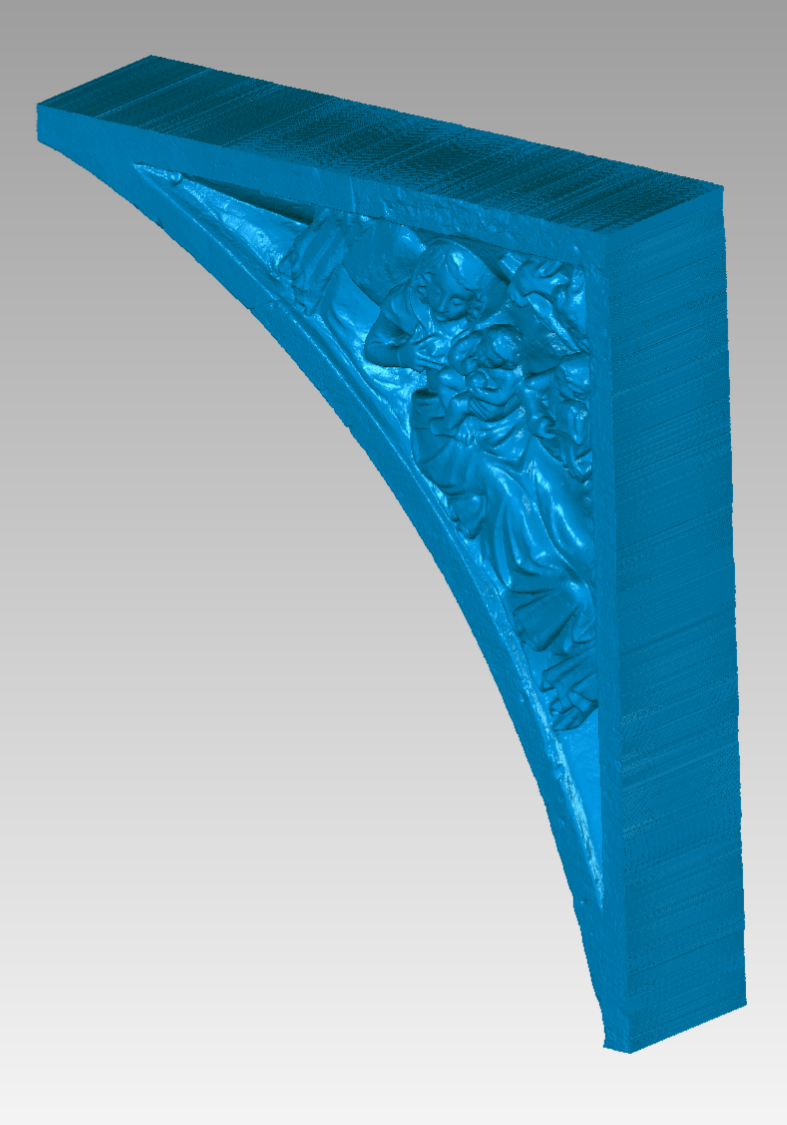 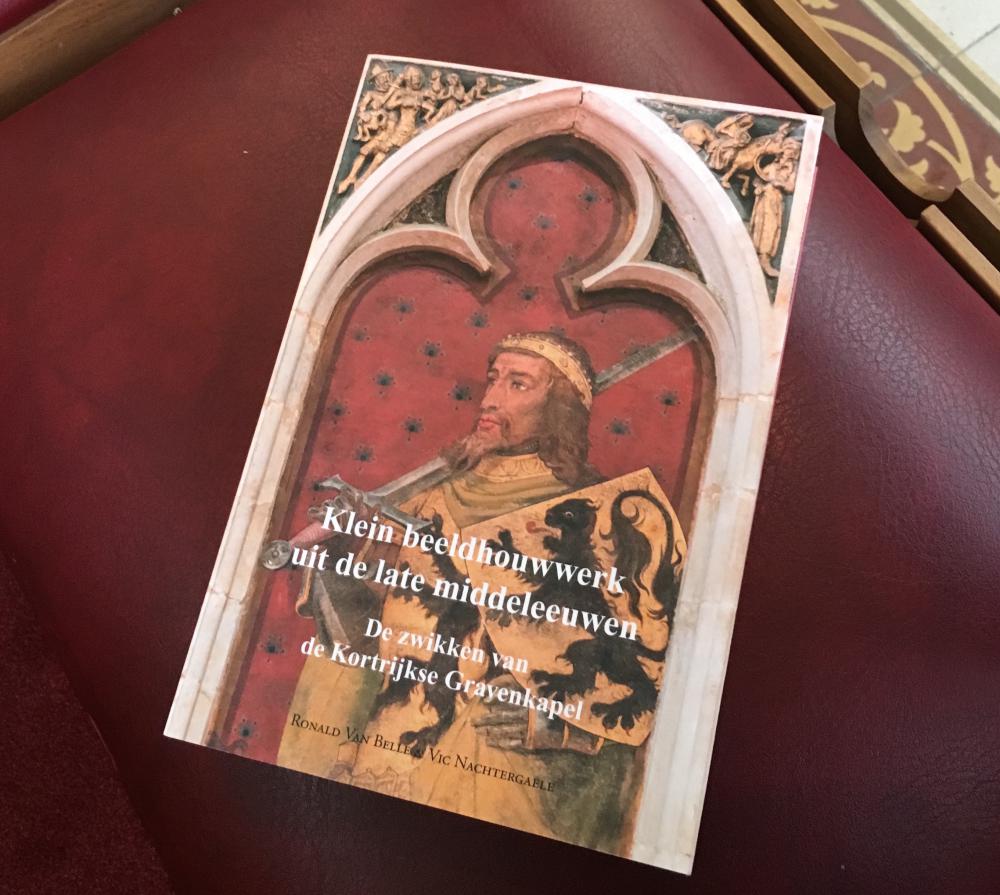 In the Kortrijk Graven Chapel, at 4 meters high, there are 102 small bell sculptures dating back to the 1370s. They are part of the decoration that Louis of Male, count of Flanders, had installed in the chapel where he wanted to be buried.

Special heritage
According to the current state of research, it seems that these 102 drops are the oldest in the Lowlands and that they have been a model or inspiration for analogous small sculptures in the many Gothic churches and chapels from the Gothic period. So it is a shame that these swallows are insufficiently known and because of their position at a height of 4 meters they are inaccessible to the general public in general and to the visually impaired in particular.

Unlocking the swallows in 3D
In order to increase accessibility, the KGOKK-Kortrijk realized a project concerning the opening up of the swallows, consisting of the publication of art historical research, a colloquium, 3D scanning, printing and finally the exhibition of a number of swallows in the Gravenkapel. The KGOKK took the initiative to photograph and unveil all the swallows in the publication, but also to scan a dozen or so swallows with the latest 3D scan technology and to print 5 swallows at full size. The scans can be seen at the Image Bank Kortrijk and on the screen that is located in the Gravenkapel.

Persons with disabilities
The permanent exhibition in the Gravenkapel shows the results of the research to the general public from the region and the tourists. Based on text panels, the importance of the swallows is explained and zooming in on a few copies. The 3D models are set at 1 meter height so that they can easily be touched by the visually impaired and can also be seen by wheelchair users. The 3D models contain explanations in plain script and braille and the 3D models may also be felt by blind people.

The jury about the swallows of the Gravenkapel
The swallows were already described in an earlier publication, but have never been studied so thoroughly. The expert study of the swallows, the distribution of the publication, the colloquium and the commented PP presentation that has already been brought for various associations and the permanent exhibition in the Gravenkapel contribute to the opening up of an important and less known piece of heritage, within and outside West Flanders.

But above all, the KGOKK realized with 3D scanning, printing and exhibition an innovative project, aimed at the general public in general, and persons with a disability in particular. This is innovative for the heritage sector as a whole, but in particular for a local heritage organization that works with volunteers. The jury appreciates the fact that the circle gained expertise and cooperated with organizations such as Light and Love, the Braille League and the Urban Advisory Council for Persons with a Disability. The KGOKK fulfills an exemplary function to other non-professional heritage organizations in its objective and methodology.

In the future, the organization wants to make further work of greater accessibility through audio displays via QR codes for smartphones, the provision of entitlement in Braille, etc. The jury recommends that the accessibility chain be used in the context of accessibility. 'to keep in mind and, if necessary, to seek advice from an accessibility agency such as' Enter', so that one investment would not be negated by another aspect of inaccessibility.

The jury sees the premium as a reward for the already realized project, but also as an incentive to continue on the chosen path. 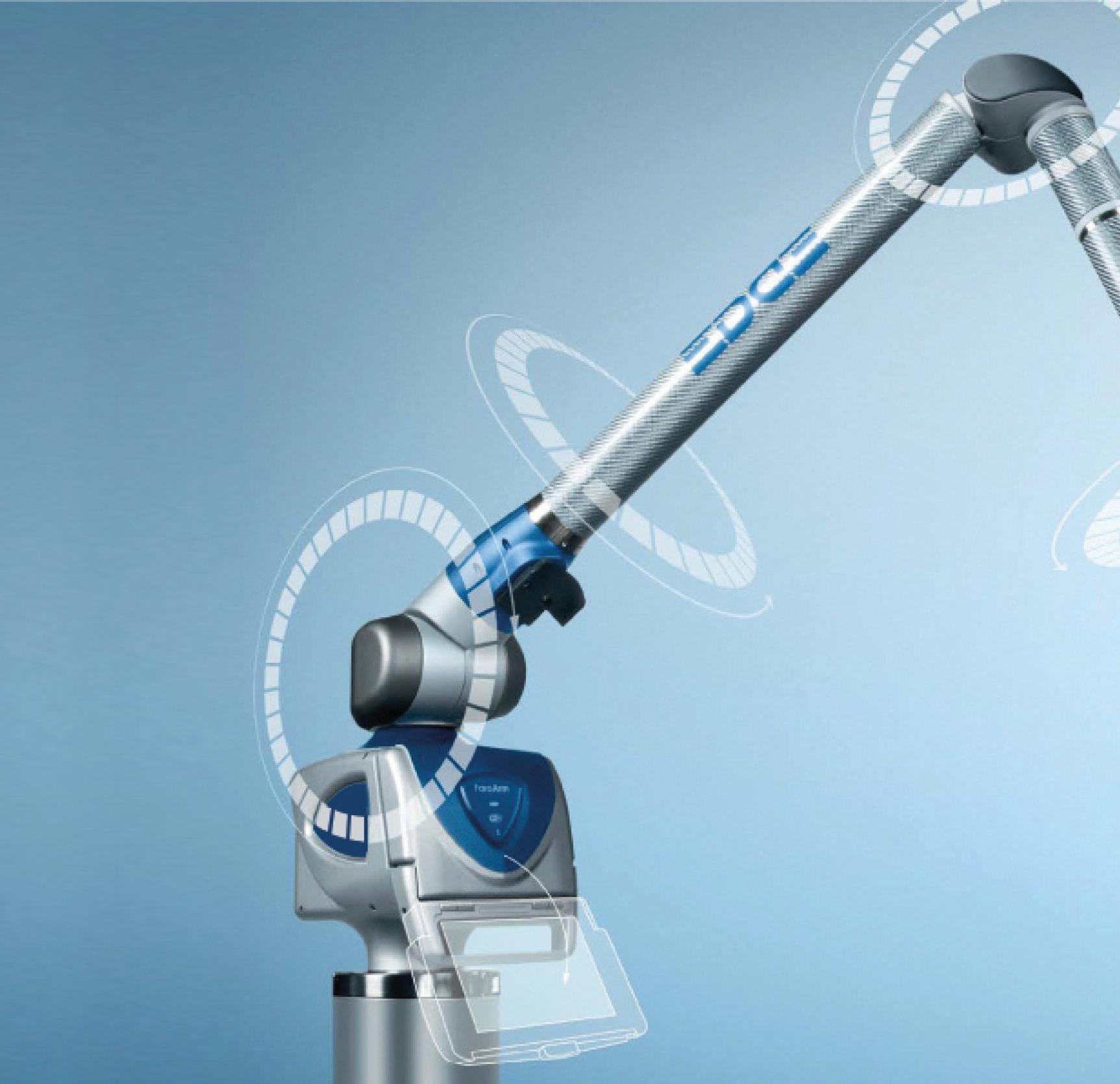 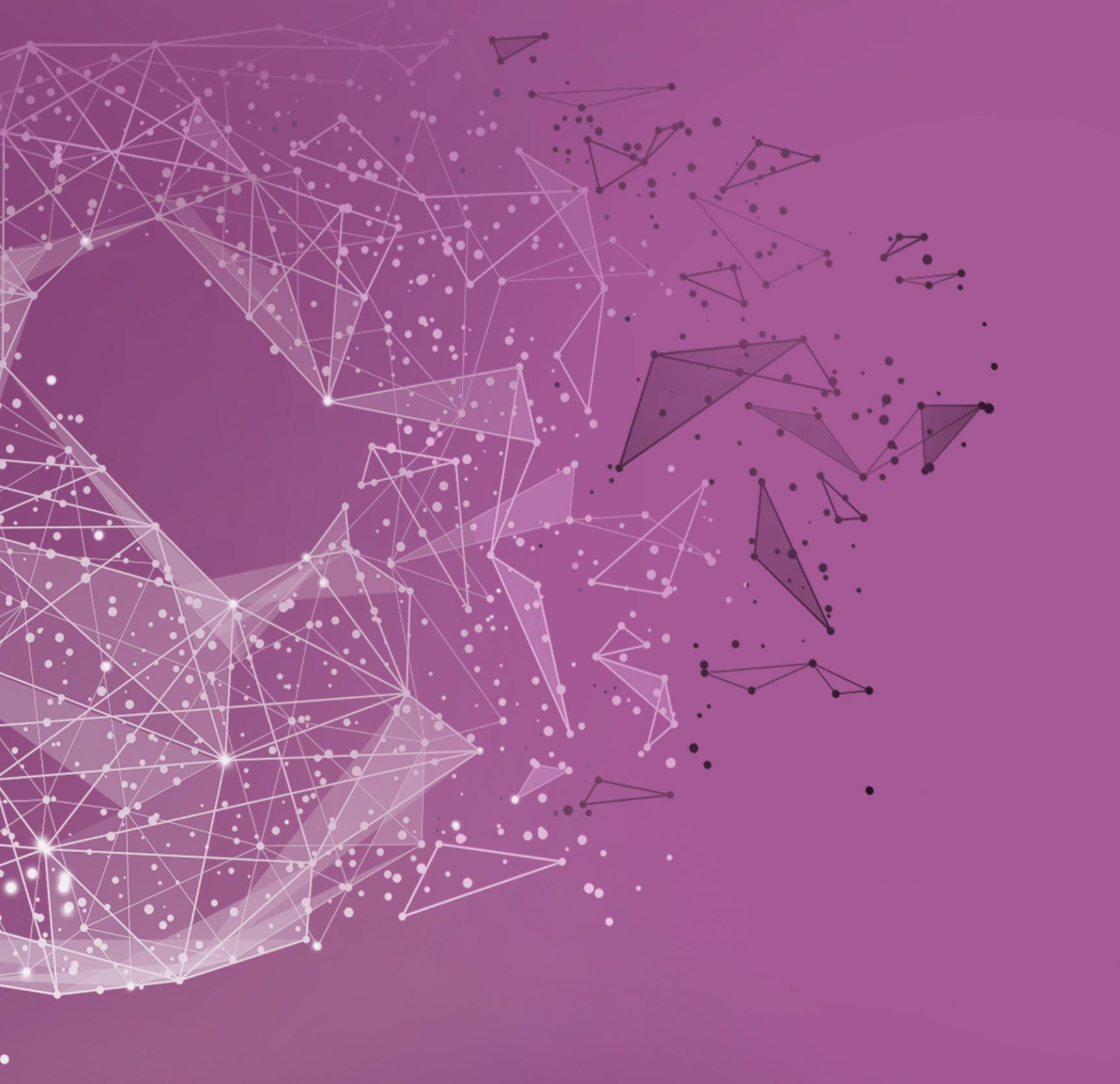